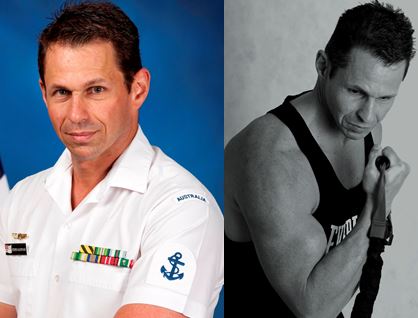 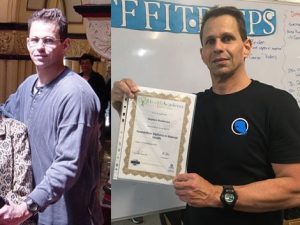 There’s 19 years between each photo.  A lot has happened in between.  Death of family members (father being one), divorce, a mental breakdown in my workplace (Navy), (depression and anxiety) and therapy thereafter, transitioning to a new life out of the Navy, setting up a small business and closing it down, relocating interstate twice in 5 years.  Covid19 was just another spanner in the works.

For 25 years I basked under the security of a stable job in the Navy.  That all changed about 8 years ago, and for the first 2 years I was so apprehensive about the future and what I had lost through the change that I didn’t focus on building much for the future.

After being diagnosed with stress and anxiety disorder in 2006, one of my mental health relief and therapies actually became exercise and weight training.  Through the guidance of a fitness professional colleague, I began to lift weights more and more and it became a therapy to rest and re-assure the mind.  The feeling you get after a good workout (endorphins) and also watching the body change and shape.  I taught me an appreciation of effort over time pays off. 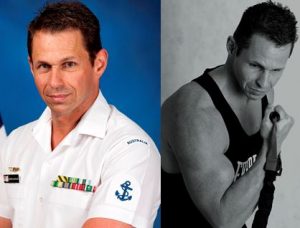 After leaving the Navy in 2012, changes to life became overwhelming.  Assumed fears, particularly for the future governed my life, thinking so much, it became part of my life.  Expectations of other people and the job performance over took qualities of life and my own well-being that it culminated in a mental breakdown, in anxiety and depression in 2006, about the same time, I lost my father and my marriage broke down.

In 2014 I decided to move to QLD to help my brothers take care of my elderly mum.  Convincing myself in moving state and starting a small business was a step I had to try.  I kept saying to myself that if I don’t try then I will fail. I applied myself and filled all the requirements to get a studio gym small business running, then growing it, and mastering it and my confidence and re-assurance grew.  A worthwhile 5 years before moving back to Melbourne in 2019.

Somewhere along the line the expectations and negativities from others didn’t matter anymore, so long as I was happy with my decisions myself.  My own confidence grew because I tried things, noticed how they worked, and if they didn’t work, I accepted it and looked to change them.  And all along, the adaptation to those changes shaped my thinking and well-being.

I still sought the advice of others, particularly of those I knew were in the know, or whom I had confidence in, could give me an honest assessment that I valued. (Like I do now at TF) 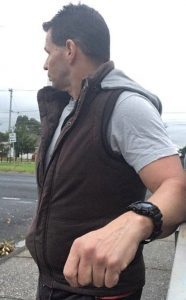 This continues presently, here in Melbourne and with the TF crew.  The feedback from members and staff of TF is invaluable to me, and an integral part of my continuing development to be a better trainer, and a better person.  It never stops.

Being able to change and adapt is a very difficult attribute to maintain.  Too many of us find our comfort zone and it stops our self-development.

From about 30 years of age, through the wise words of a senior colleague (who is now an Admiral) I have always looked for opportunities to advance my knowledge, application and relations to my invested communities. “Get out of your comfort zone,” to explore those new avenues and experiences.

In 2012 and 2013 saw the greatest changes in my life in fostering a career change and adapting to a new lifestyle out of the Navy.  My secure income, gone, my future uncertain.  My fears and anxiety were of the future and what it may bring, but I gradually implemented a method of just taking one step at a time and moving onto the next when I knew I could do so.  Certainly now, my attitude to tackling challenges such as Covid19, the future prospects or even if I’ll have a job of some kind doesn’t worry me as much now; that’s the acceptance part of things.  I re-assure myself that if I put an honest effort into my expanded well-being, then a return is favourable.  Then if not, then the only option is to keep on trying.

Steps I have taken over time:

In short, I’ve had to restart my working life 3 times in 7 years.  Leaving the Navy and re-educating myself and doing contract based training until 2015.  Then moving to North QLD and starting a small business whilst helping my brothers take care of my elderly mother.  I committed to returning to Melbourne to foster my relationship, but it was hard to accept, giving up a business and income to start over again in 2019 in the move back to Melbourne.  But I knew that I had to make changes for a future that I saw, because remaining in QLD wasn’t going to be beneficial towards my future.

This is where fostering good relations, keeping acquaintances close and integrity pays off.  Terri Batsakis and I were industry colleagues, and had remained in contact and following each other’s progress for some years.  The sharing of ideas and outlooks related to our businesses.  The opportunity came to ask if there was an avenue to join her community.  I can say it worked out well so far and has been a saving grace for me.  I can’t rank the team or teams I’ve been with in the past, but the staff at TF, led by a strong willed and caring, bonding harbinger.  But the strength in the loyal community is the gold lining for what it is to be a part of.  I rank it of the top 3 teams I’ve been a member of.  And remember, I used to be in the Navy.  There were some pretty good teams there.

Terrific Fitness isn’t where I work. It is where I choose to belong to a group of people.  The pay is not a high priority.  The people and the team come first and it lets me develop into the person I want to be.

Of all the companies out there, I chose to train with TF because the trainer was real, she tells you how it is and has her own life experiences to build from. I find it’s more rewarding to learn from someone who has had life experiences and not just someone out of school with a PT degree and no story to relate too. END_OF_DOCUMENT_TOKEN_TO_BE_REPLACED

Thank God I did as it’s one of the best things I did for myself and my family, I’ve never looked back. I have now been training with END_OF_DOCUMENT_TOKEN_TO_BE_REPLACED

Being unable to go back to my beloved sport that I lived for I had to look at different options. I looked online for PT’s close to END_OF_DOCUMENT_TOKEN_TO_BE_REPLACED